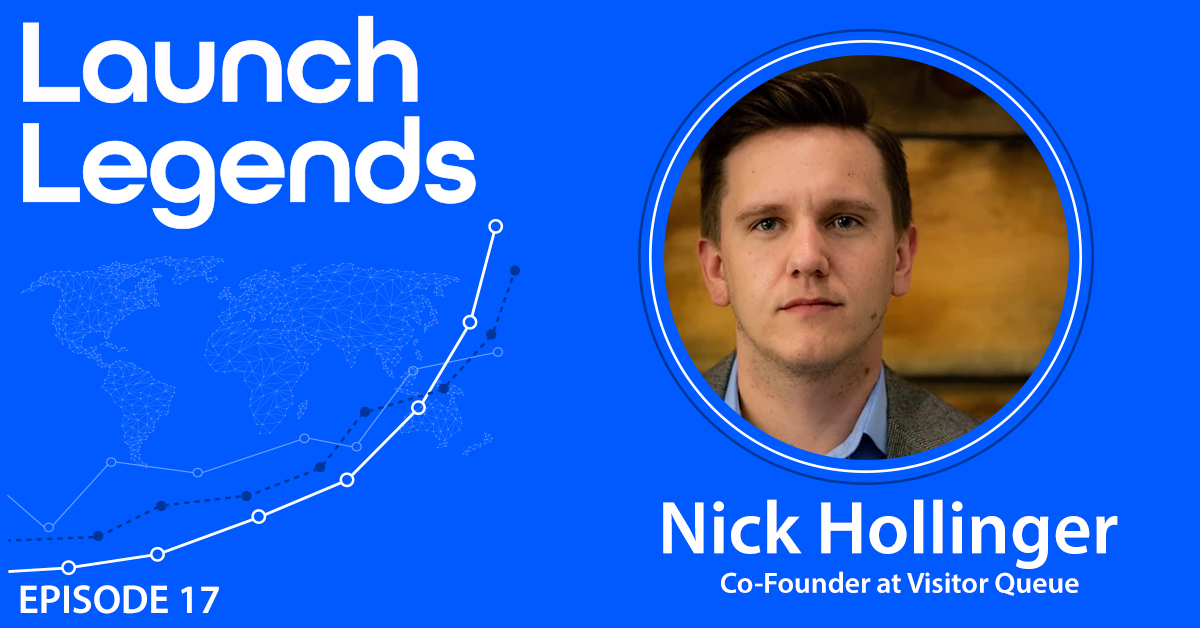 Nick Hollinger has a marketing background and  worked for a marketing agency after his graduation. He got inspired by the CEO of the marketing agency when his agency won the best small business award and he gave the speech in front of the large audience. Nick, on that day, decided that he wanted to be up there, not sitting in the crowd as an ordinary person.

From there on, he decided to start his own business. He came up with the idea of Visitor Queue when he saw the problems that small businesses face related to their conversion rates. He started building Visitor Queue along with the job and after some time he left the job and started working on his product full time. ‍

How Nick got beta users

Nick along with his partner started building the product in June 2017 and by September 2017 they had developed a Minimum Viable Product. After which they gave their product to 15 of their friends and colleagues working in the B2B industry so that they could set it up on their website and they can monitor their traffic.

In a month and a half of private beta, they made their product better and launched on Product Hunt. They also messaged people on Linkedin and sent cold emails to get people to use their product. At the end, they got around 2000 beta users. Out of 2000 beta users, 70% of users actually used the product. Nick also launched three other features to convert beta users into paid users.‍

Nick is using Google Adwords, SEO and content creation to grow their customer base. Now, Visitor Queue has $34K in MRR and 5000 companies are using the product. It has been growing 2 to 3 times year over year and 5 % to 10 % month over month. ‍

At the end, they decided to rebuild the whole platform. In 5 days, they developed a minimum viable product which helped them to retain 90% of their customers and since then they are now optimizing their product and have been back to witnessing growth.‍

Nick is focusing on building integrations with other apps. They are planning to launch integration with Salesforce in a month or so.