How To Launch & Grow To $160m with Dave Woodward Of ClickFunnels 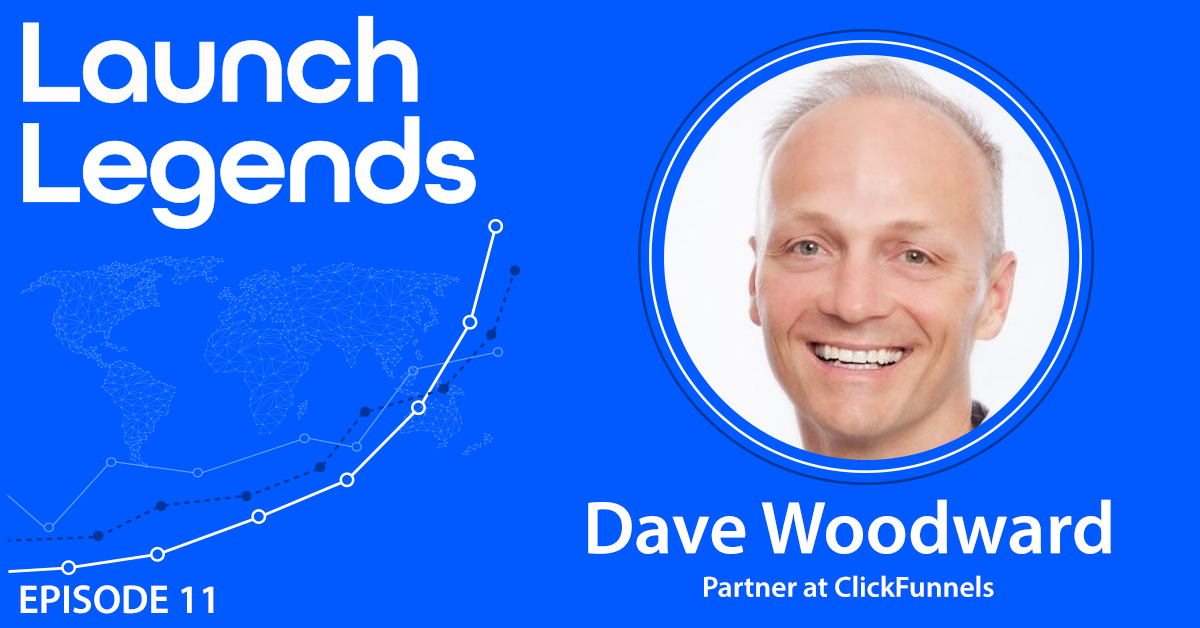 ClickFunnels was created out of necessity as Russel and Todd, co-founder of ClickFunnels were building funnels every month and Todd realized that they were doing the same things again and again so he suggested making a product to simplify the funnel making. Russell really liked the idea and came up with requirements for what he needed in the product. Todd quickly created a MVP and launched in the market. Initially, people could not understand the use of ClickFunnels but after some months they came up with the right messaging that proved to be a game changer.‍

How ClickFunnels became a tech giant‍

ClickFunnels was officially launched on 23rd September 2014 and a month later Russel was speaking at a Mike Filsaime event talking about ClickFunnels. Russel gave the presentation at the event and it got the attention of the audience. That was a turning point. Later on, Russel started doing webinars to capitalize on the opportunity and he used to do 2-3 webinars per day which proved to be a successful strategy. From September 23rd to December 2014, they earned $1.7 million in revenues whereas at the end of 2015 revenue rose up to $10.1 million and now ClickFunnels revenue is around $160 million.‍

In 2016, Russel came up with an idea of creating an award for the entrepreneurs who were doing successful business with the help of ClickFunnels. They first figured out how many people were generating at least a million dollars in revenue with ClickFunnels and they found out that around 27 people were generating a million dollars. They created the award for them to honour their hard work and since then there are 800 “2 Comma Club” Award winners.‍

Dave’s advice to newcomers is to help other people in achieving success. Dave and Russell did the same. They created a lot of funnels free for their clients and they used the clients testimonials to make a repo for their product. ‍

ClickFunnels plans for international expansion as around 60% of their customer base is outside the US. So they are looking for partners who already have resources in those areas. Currently, ClickFunnels has 117,000 active customers and they are looking to expand their customer base by targeting new segments such as eCommerce and professional services.