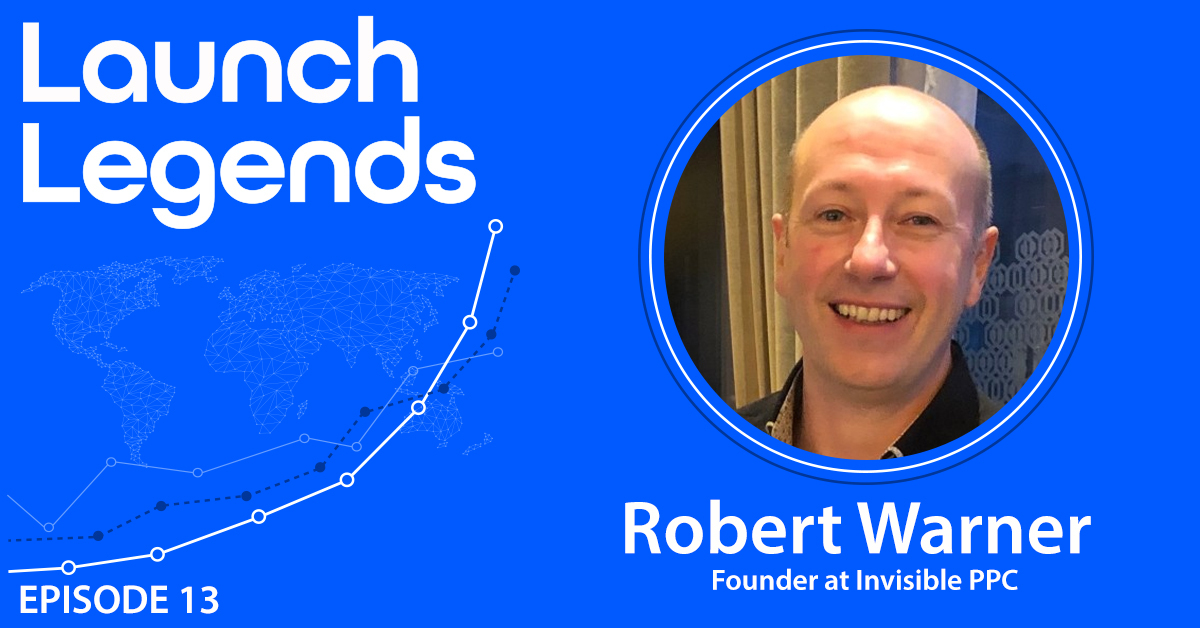 Rob is an accountant by profession and was running a SaaS company in 2010 when the economy got into recession and all his $50,000 investment went down the drain. The money he invested into his SaaS company was taken from credit cards so he needed another avenue to earn some money. Rob pivoted to Google Ads and started generating some money.

In some time, other people also started approaching Rob to help them with Google Ads. Helping people with google ads became a primary source of revenue as he was not generating any money from the SaaS company so he decided to scale google ads consultancy. From there, Rob formally entered into online marketing.‍

Rob was approached by an agency to provide their clients PPC services. Rob agreed to it and they decided to split the revenue 50-50. In 2013, Rob attended a marketing event in Colorado to find new clients and there he was approached by the event organizer who wanted to do a partnership with him.

He asked Rob to make a course which they were going to sell. Rob agreed to it. Rob’s partner had a massive experience in the internet marketing space. The first product that Rob launched was a course on how to sell google ads to local businesses. It was priced at $697 and offered an upsell of google ads software priced at $67. They sold 150 units and generated around $100k in revenue. 50% of the revenue went to JV partners whereas the remaining was divided between Rob and his partner.

After the first launch, they did around 20 launches of the same product in the next 18 months and earned around million dollars in revenue‍

Recently, Rob launched a product with the name “Dental Smart Pages”. It was a low ticket product launch. The primary purpose of this launch was to reach new people as they could not generate much revenue from the low ticket product launch. Dental smart pages was a landing page for dentists which they could use for lead generation. They priced it for $27 with the $37 upsell of different niche landing pages. Rob generated $70K in revenue and sold 1200 units of product.

It was a three phase launch. In the second phase, they launched a mid ticket product which was a dental master class priced at $497 to compliment the product launched in the first phase. They doubled their revenues with the second phase launch whereas in the phase three, they planned to do a live event in Florida. ‍

Rob’s advice for new marketers is to always be honest with yourself and that success lies in consistently following a proven model. He also advised people not to rely solely on product launches, you need to have other revenue streams.