A €550K Product Launch With Aurelien Amacker Of Systeme.io 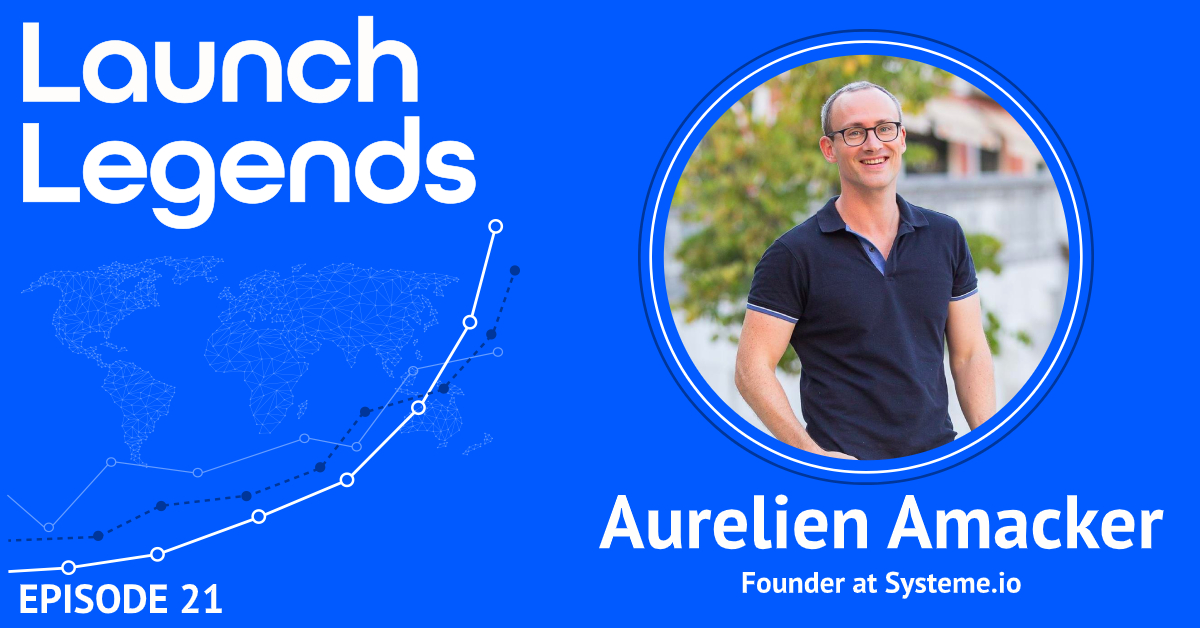 Aurelien has been an online marketer of 10 years. He studied about making money out of personal development blogs. He used to link various affiliate products in his blog post and was making around 500 to 1000 euros from the blog but he wanted to go to the next step and that was product launching. That is when he came up with the idea of launching his marketing course. ‍

Aurelien was using Jeff Walker’s product launch formula to launch his product but he never liked the launch model as it required a lot of effort and revenue kept declining after the launch. So, Aurelien decided to launch a subscription offer in which he gave access to all his courses for €19 per month. After the launch, he had 355 customers and generating €30,000 per month in sales‍

How he came up with Systeme.io idea‍

In 2014, there were not many tools that could translate payment pages to French so he decided to create a tool that made sales pages for their clients in French. Then, he came up with the idea of an email automation tool to complement the first tool and afterwards he built a tool to sell online courses. There were not many tools in the French market that provided these services.

He hired a Morocco based company to develop the product but it did not go according to the plan. He lost €30,000 and one year of work, however in January 2017, he found the right team to build the product and he launched systeme.io in March 2018. Now, Systeme.io is generating €250,000 per month and is the number one product in the French market. It has 5000 customers in French market. ‍

Aurelien had an email list of 30,000 people so he launched his product to his email list. He made an irresistible offer and sent people directly to the payment page. He sent a series of emails to his email list informing them about the product which helped him to get 400 customers.